CORONAVIRUS UPDATE: The Libraries have resumed some on-campus services and introduced new protocols for our locations.

All visitors to Hunt and Sorrells Libraries must reserve a seat to study. Read more in the University Libraries' COVID-19 FAQ.

August 2020 not only serves as National Women’s Suffrage Month, but also commemorates the 100th anniversary of the passing of the 19th amendment, forever protecting an American woman’s right to vote in elections. The certification of this amendment to the U.S Constitution on August 26, 1920 was a tremendous victory for the women’s suffrage movement after nearly a century of fighting for voting rights.
The campaign for women’s suffrage was first voiced through various reform groups in the pre-Civil War era, with many American woman resenting the Cult of Domesticity – or Cult of True Womanhood – being the prevailing value system of upper and middle-class culture.
As the fight for all women’s rights in the United States became more prevalent, the first women’s rights convention was held in Seneca Falls, New York in 1848. It was here that a resolution was passed in favor of women’s suffrage, which set the stage for a swell of national support, ultimately leading to the first nationwide women’s suffrage organizations in 1869. The tenacity and perseverance of these organizations continued to bring awareness to this cause for decades after, resulting in the first suffrage proposal to Congress in 1878 and its eventual ratification in 1920.
Carnegie Mellon University Libraries are thrilled to participate in this historical occasion with our online programming and events. For this month’s online book display, you will find electronic access to many books, articles and original women’s suffrage journals from our collection below.
In addition, please join us for our annual Constitution Day event on Wednesday, September 16 at 7:00pm. We’ll be hosting an online talk about the 19th amendment with Associate Professor of History Lisa Tetrault, whose lecture "When Women Won the Right to Vote" - A History Unfinished clarifies the history of women’s suffrage and positions 1920 as the middle of a much larger story about the pursuit of voting rights, a struggle that is unfinished and ongoing today.
Please visit this page to register. 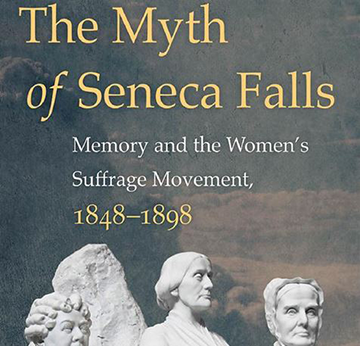 The Myth of Seneca Falls: Memory and the Women’s Suffrage Movement 1848-1898.

In our Constitution Day speaker’s award-winning book, author Lisa Tetrault examines the American myth behind the birth of the women’s rights movement at the Seneca Falls Convention in 1848 in a provocative new history. 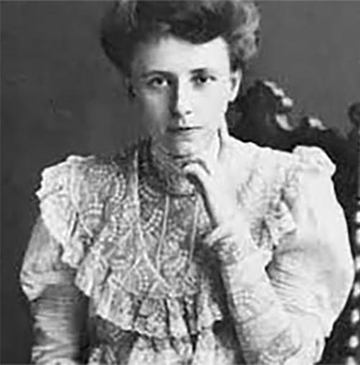 The Equal Suffrage Campaign in Pennsylvania

Jennie Bradley Roessing was a Pittsburgh native and women’s suffrage movement leader, whose work lobbying the Pennsylvania legislature to recognize the woman suffrage bill was fundamental in its passing. Roessing describes the history of her work for the Woman Suffrage Association in this article from 1914. 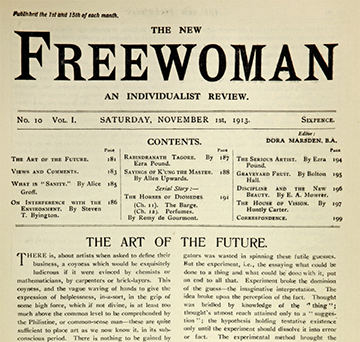 Freewoman: A Weekly Feminist Review
This feminist weekly was published between 1911-1912 and focused not only on the suffrage movement, but also on women’s work and motherhood. It was known for its frank discussion of sex and morality, and controversial for its advocacy of free love. 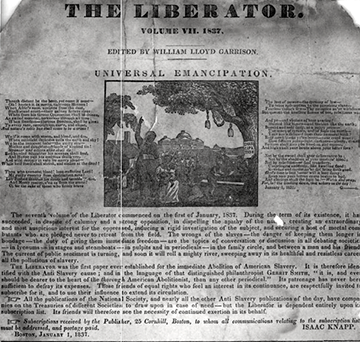 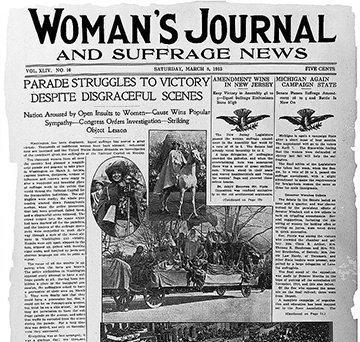 Woman's Journal and Suffrage News
This journal was the official arm of the National American Woman Suffrage Association from 1870 through 1920, when the 19th amendment was passed. The publication was later renamed “The Woman’s Journal” and ceased publication in 1931.
News category: About us, Events, Using the Libraries