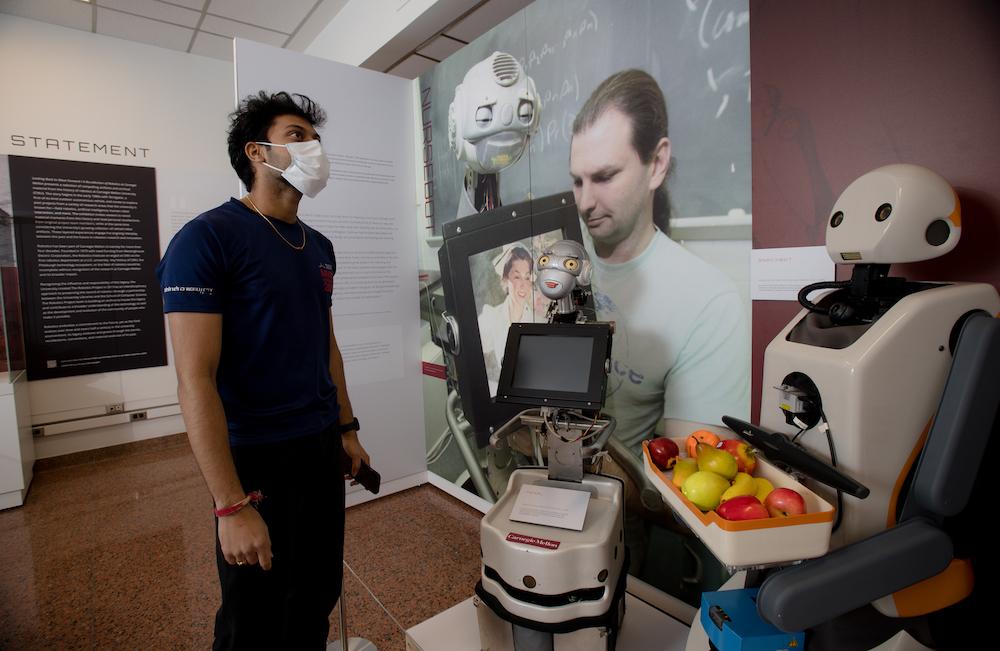 The Carnegie Mellon University Libraries presents “Looking Back to Move Forward / A Re:collection of Robotics at Carnegie Mellon,” an exhibition highlighting the history of robotics at CMU and the ongoing work of The Robotics Project, an interdisciplinary approach to preserving the legacy of robotics through a partnership between the Libraries and the School of Computer Science. The exhibition opened Wednesday, Jan. 19, and runs through Sunday, March 20 in the Hunt Library gallery. A 360 Virtual Tour allows remote visitors to take a self-guided tour.

Known informally as “Robot U,” Carnegie Mellon has a well-established reputation as a hub for robotics research. In 1979, the university established the Robotics Institute, the first robotics department in the country. In the past 40 years, it has become a prominent part of the campus environment and culture, influencing CMU’s academic and research programs as well as its global reputation. 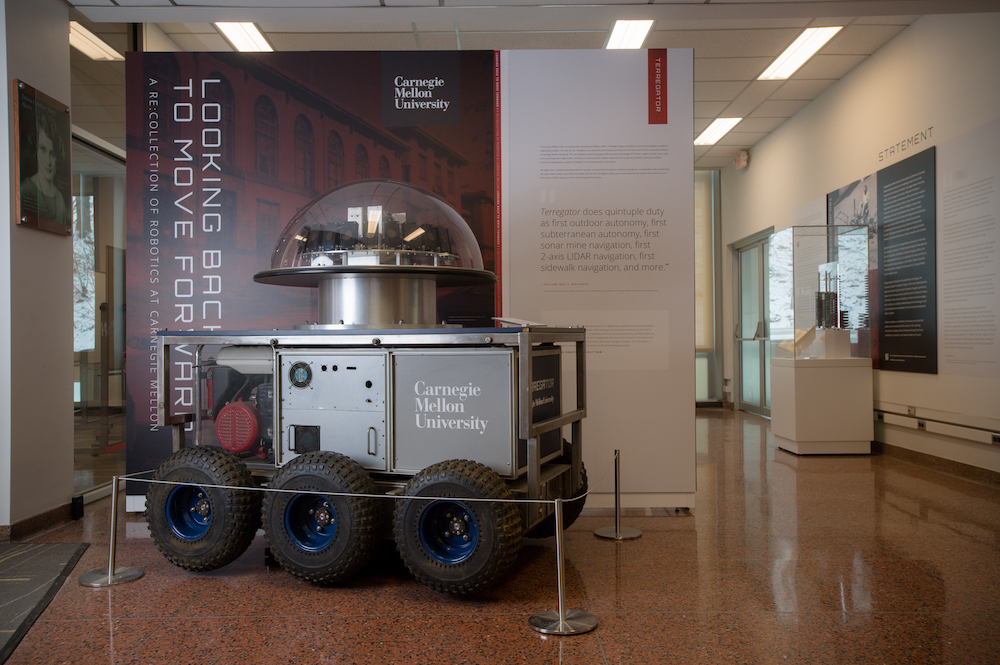 Curated by Archivist and Oral Historian Katherine Barbera and Robot Archive Processing Archivist Kathleen Donahoe, “Looking Back to Move Forward” invites viewers to explore this history and the wide variety of research areas that CMU is known for, including field robotics, artificial intelligence, human-robot interaction, among others. Visitors will see more than 40 robots and archival artifacts – such as soccer robots, snake robots, a nurse robot called “Pearl,” a “Snackbot” autonomous food delivery robot, and “Terregator,” one of the first outdoor autonomous vehicles – alongside personal recollections from the people who made it all happen.

“The best way to tell CMU's story is to do it honestly – as a complex, comprehensive, and nuanced account of successes and failures, inspirations, and warts,” said Barbera. “Through the efforts of The Robotics Project we will ensure that historians, scientists, journalists, filmmakers, students, and other creators from the many fields who rely on archives for historical research are able to access this history and make it part of the public collective memory.”

With a solid grounding in archival theory and expertise in areas such as archival appraisal, processing, preservation, and collection management, archivists at CMU are thinking outside the box to preserve this history. The multi-modal nature of robotics collections requires that they work in collaboration with the robotics community and experts in areas such as conservation and digital preservation to determine the best methods for preserving these complex materials. 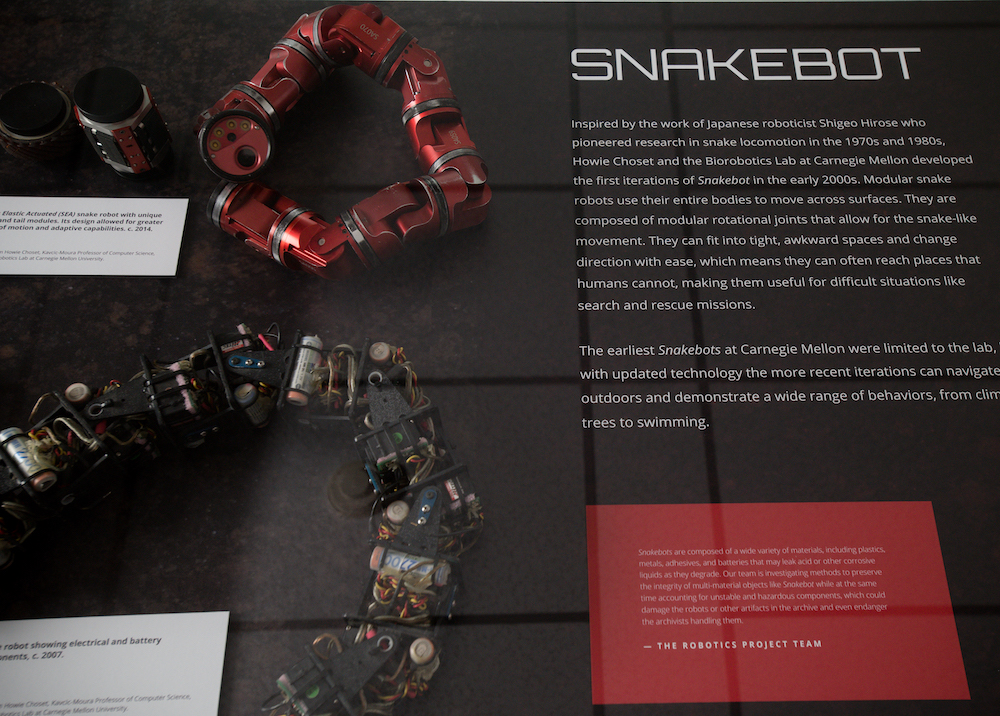 The exhibit presents a look inside this unique archival process with statements from Barbera and Donahoe about the steps they are taking to preserve the items, providing important context for each project’s past while also considering its future.

“While robots are the main attraction for most people, we hope audiences will appreciate that this project goes beyond the physical items,” said Donahoe, who joined the team in 2021 from the University of Pittsburgh Archives & Special Collections where she worked for five years processing the Chancellor Mark A. Nordenberg Papers and other collections. “The Robotics Project team is building a research collection to investigate the research ecosystem of robotics, create a model for preserving these records, and document the history of the field.”

After the official launch of The Robotics Project in December 2019, and with funding awarded from the Alfred P. Sloan Foundation in 2020, a team consisting of archivists, librarians, and historians – with additional support from subject matter experts – began to develop a documentation strategy that builds on traditional archival appraisal methods and draws on emerging expertise in the GLAM community (galleries, libraries, archives, and museums). This research is currently underway, with plans to release the findings later this year so that these methods can be integrated into the professional standards of practice for robotics and similar collections, and the entire field can more effectively preserve this history before it is too late and the materials are lost. A prototype digital collection testing the recommendations will follow. 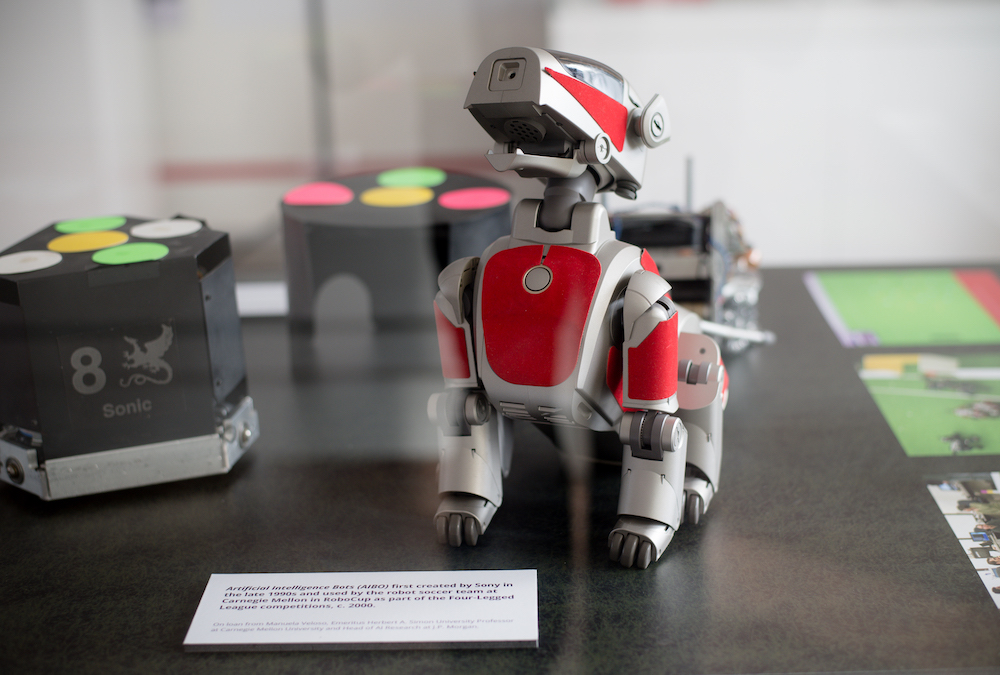 “In the 1990s, the Libraries pushed the boundaries in the emerging field of digitization, developing leading-edge programs to meet the challenges of the time,” said Helen and Henry Posner, Jr. Dean of the University Libraries Keith Webster. “Today, innovation is about the relationships between the artifacts, their creators and teams, and processes such as the creation of new taxonomies and tools that don’t yet exist. Through the act of building The Robotics Project, the Archives will transform their curatorial practices at-large, and influence and advance the practice of libraries and archives.”

The Carnegie Mellon University Archives, which stewards the cultural and scholarly record of the institution, has been collecting and preserving the history of computer science for decades. The University Archives acquired the archives of computer science pioneers Herbert A. Simon and Allen Newell in the 1990s, with collections from innovators such as Joseph Traub, Nico Habermann, Raj Reddy, Mary Shaw, Takeo Kanade, Lenore Blum, and many others to follow. The Archives also maintains the historic records of the School of Computer Science and computing at CMU, dating back to its earliest days on campus.

In recent years, the University Archives’ efforts to preserve the history of computer science have been punctuated by milestones and collaborations such as the formation of the cross-campus interdisciplinary History of Science and Technology at CMU (HOST@CMU) initiative; the “At the Heart of the Work” series of events and exhibits in recognition of the impact that the computer has had on CMU; a fall 2019 research seminar with a focus on the history of computers and computing on campus, utilizing resources from the University Archives; and oral history interviews conducted with figures such as Manuela Velsoso, José Moura, Alex Waibel, and Tom Mitchell for the CMU Oral History Program, many of which can be heard through the Cut Pathways oral history podcast. Another current initiative is the collaborative effort with the School of Computer Science to preserve the computer science videotape collection.

It was William “Red” L. Whittaker (E 1975, 1979), Founders University Research Professor, who planted the seed of inspiration for a cohesive archival effort at CMU on the history of robotics. In 2018, the Field Robotics Center, which Whittaker founded, partnered with the University Libraries Digitization Laboratory and the University Archives to digitize a collection of photographic slides documenting groundbreaking projects in field robotics and autonomous vehicles such as the Terrestrial Navigator (Terregator) and the Navigation Laboratory (Navlab). Concurrent with this project, the University Archives was performing a survey of its current holdings—more than 5,000 linear feet and 10 TB of CMU history. Among many other discoveries, archivists found that collections contained only a handful of boxes of material and almost no digital records from the Robotics Institute, despite its long-standing history of collecting computer science. A conversation began with Whittaker about a comprehensive, big-picture effort to preserve the impactful legacy of robotics at CMU, and with support from the University Libraries and faculty and administrators in the School of Computer Science, The Robotics Project launched in December 2019.

“Simultaneous with this research, it’s important to raise awareness within the robotics community through activities such as exhibitions,” said Donahoe. “In 2021, we launched the digital exhibition, The Robotics Project: Building the Robot Archive, which examines the legacy of robotics at CMU. It also provides a behind-the-scenes look at our collaboration with the robotics community and our challenges in collecting and preserving these materials. We are looking forward to extending this outreach with ‘Looking Back to Move Forward.’” 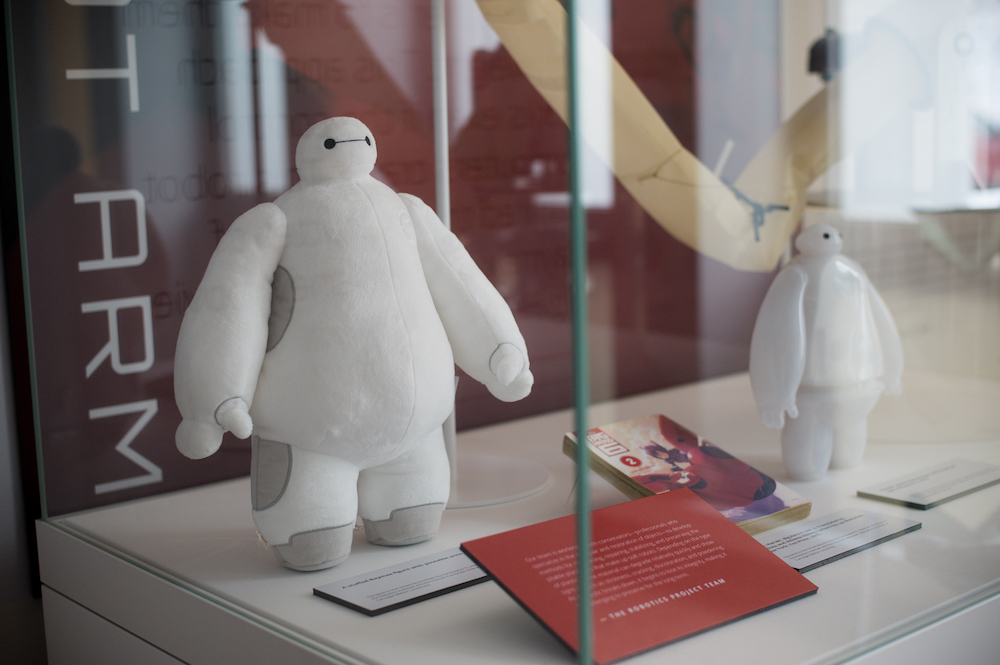 “Looking Back to Move Forward” is the debut exhibition in the Libraries’ new first-floor gallery in Hunt Library. The gallery was created in 2020 and an endowment established to provide ongoing support for its exhibits thanks to a generous gift from donors Michael (ENG 1968) and Lonna (CFA 1969) Smith.

Research for The Robotics Project is led by the Carnegie Mellon University Libraries, in collaboration with the School of Computer Science and the Robotics Institute. This work is supported by The Alfred P. Sloan Foundation and The Roy A. Hunt Foundation, as well as generous corporate and private donors.

Visitors to this exhibition should review the university’s COVID-19 Visitor Protocol in advance of their visit.