Pandemics, Past and Present 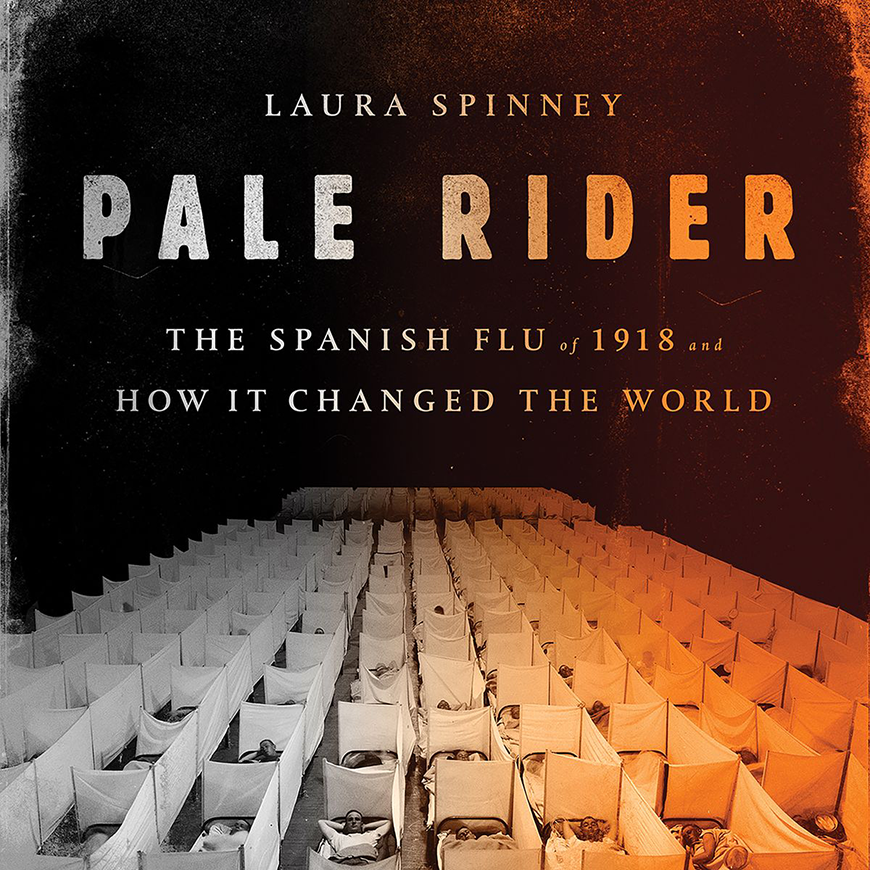 Laura Spinney posits the Spanish flu as the most dramatic event of the twentieth century, even over the two world wars. The pandemic swept every country, and probably “resculpted human populations more radically than anything since the Black Death.”

Beginning with the earliest recorded flu outbreak in 412 BC, Spinney describes transmission “in tiny infected droplets of mucus … Snot is a fairly effective missile – it should be, it was designed in a wind tunnel – but it can’t fly further than a few metres. For flu to spread, therefore, people must live fairly close together.” As humans developed farming and began living collectively, the “crowd diseases” of measles, smallpox, tuberculosis and influenza gained ground. Diseases and viruses moved back and forth between humans and animals, and mutated. When cities were built, the first flu epidemic arose; with each exposure, humans developed more immunity.

Still, it took major improvements in hygiene and sanitation to stem mass death from disease. Viruses weren’t discovered by the time of the Spanish flu, so no vaccinations existed. The first wave, in spring of 1918, was mild and most people recovered. When the disease returned that August, it was often complicated by pneumonia, by dark spots on the face, and darkening of extremities (cyanosis) that gradually crept up to vital organs. Victims bled from the nose and mouth, their lungs congested with hemorrhaged blood, and they died by drowning in their own fluids.

Some people simply dropped where they stood, having no discernible illness. The flu could arrive entirely without warning, Spinney writes, and people were most infectious before they were symptomatic. “In 1918, if you heard a neighbour or a relation coughing, or saw them fall down in front of you, you knew there was a good chance that you were already sick yourself.”

Spinney documents the World Health Organization’s current guidelines that diseases are not named for specific places, people, animals or food, to avoid blame and bias. In 1918, countries named the epidemic after those they held in lower esteem; Spaniards called theirs the “Naples soldier.” Spain being neutral in the Great War, naming rights went to the victors, even though the flu began in America and France.

So much of Pale Rider resonates with our current Corona virus experience, including the social distancing practices and quarantines, the use of face masks, and controversies over closing schools and businesses. Spinney shows the epidemic’s influence not only on medicine, but on the global economy, on the arts, on family law providing for adoption for millions of “flu orphans.” She wonders about future epidemics, and how to win compliance with prohibitions and closures, issues we see in the news today. I’m betting that if more people read books such as Pale Rider, we would see more understanding and patience for what we’re enduring under the Corona virus pandemic.