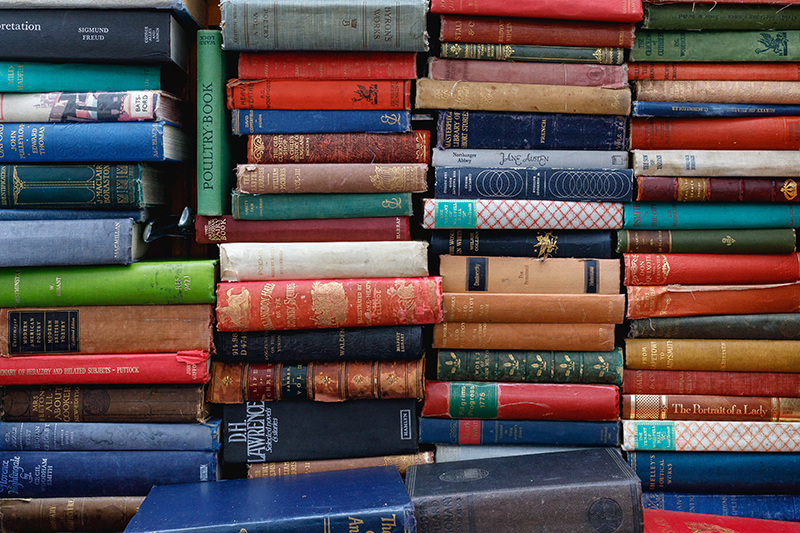 Last month, Libraries faculty and staff joined the November DEI Collective Conversations to share their personal holiday book recommendations. The DEI Collective Conversations are monthly hour-long discussion groups around a DEI-related topic, open to any employee of the Libraries. Often, a targeted resource such as an article or video is shared ahead of time, along with questions to promote conversation. However, for this meeting, participants were invited to share a holiday book recommendation. The only criteria was that they had to select a book in which the protagonist was different from them in some way, such as race, gender, nationality, or neurodiversity, among many other options. Participants were also asked to share their favorite Pittsburgh bookstore where someone could purchase the book, aside from their local library of course. What followed was a rich discussion on our unique experiences and gained perspectives.

Learn more about Diversity, Equity, and Inclusion (DEI) at the University Libraries. 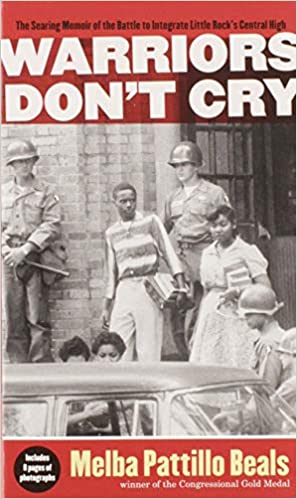 In this essential autobiographical account by one of the Civil Rights Movement’s most powerful figures, Melba Pattillo Beals of the Little Rock Nine explores not only the oppressive force of racism, but the ability of young people to change ideas of race and identity.

Throughout her harrowing ordeal, Melba was taunted by her schoolmates and their parents, threatened by a lynch mob’s rope, attacked with lighted sticks of dynamite, and injured by acid sprayed in her eyes. But through it all, she acted with dignity and courage, and refused to back down. "Warriors Don’t Cry" is, at times, a difficult but necessary reminder of the valuable lessons we can learn from our nation’s past. It is a story of courage and the bravery of a handful of young, black students who used their voices to influence change during a turbulent time. - Publisher's Description 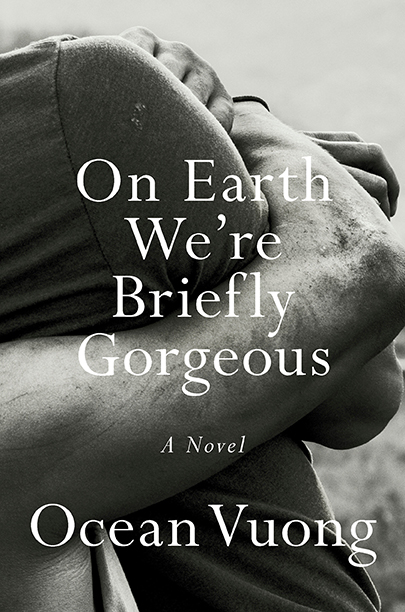 Poet Ocean Vuong's debut novel is a shattering portrait of a family, a first love, and the redemptive power of storytelling "On Earth We're Briefly Gorgeous" is a letter from a son to a mother who cannot read. Written when the speaker, Little Dog, is in his late twenties, the letter unearths a family's history that began before he was born — a history whose epicenter is rooted in Vietnam — and serves as a doorway into parts of his life his mother has never known, all of it leading to an unforgettable revelation. At once a witness to the fraught yet undeniable love between a single mother and her son, it is also a brutally honest exploration of race, class, and masculinity.

Asking questions central to our American moment, immersed as we are in addiction, violence, and trauma, but undergirded by compassion and tenderness, "On Earth We're Briefly Gorgeous" is as much about the power of telling one's own story as it is about the obliterating silence of not being heard. With stunning urgency and grace, Ocean Vuong writes of people caught between disparate worlds, and asks how we heal and rescue one another without forsaking who we are. The question of how to survive, and how to make of it a kind of joy, powers the most important debut novel of many years. - Publisher's Description 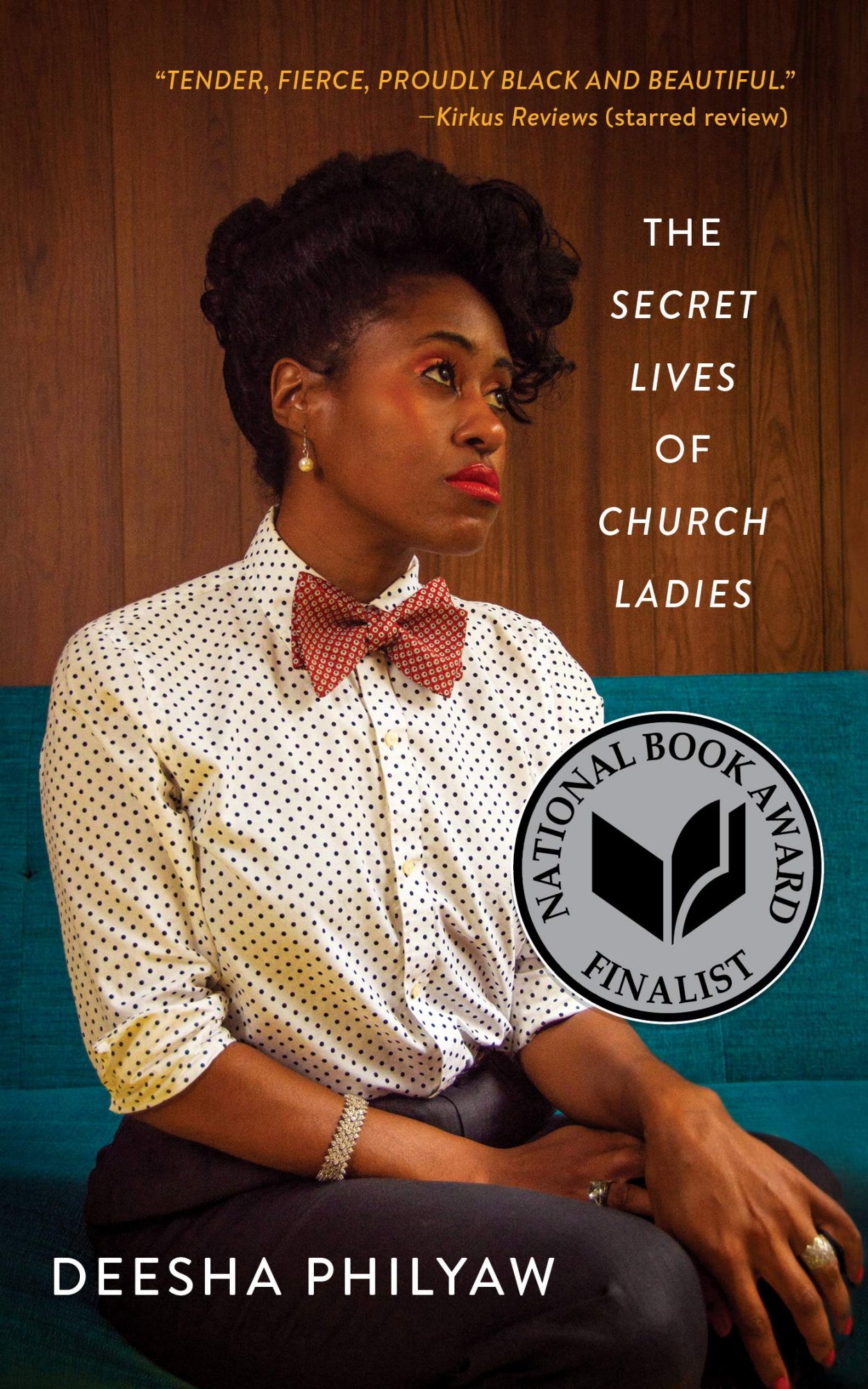 The Secret Lives of Church Ladies explores the raw and tender places where Black women and girls dare to follow their desires and pursue a momentary reprieve from being good. The nine stories in this collection feature four generations of characters grappling with who they want to be in the world, caught as they are between the church’s double standards and their own needs and passions.

There is fourteen-year-old Jael, who has a crush on the preacher’s wife. At forty-two, Lyra realizes that her discomfort with her own body stands between her and a new love. As Y2K looms, Caroletta’s “same time next year” arrangement with her childhood best friend is tenuous. A serial mistress lays down the ground rules for her married lovers. In the dark shadows of a hospice parking lot, grieving strangers find comfort in each other. With their secret longings, new love, and forbidden affairs, these church ladies are as seductive as they want to be, as vulnerable as they need to be, as unfaithful and unrepentant as they care to be, and as free as they deserve to be. - Publisher's Description 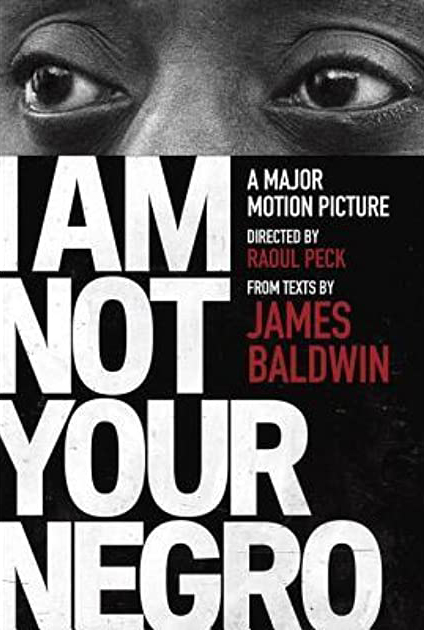 To compose his stunning documentary film "I Am Not Your Negro," acclaimed filmmaker Raoul Peck mined James Baldwin's published and unpublished oeuvre, selecting passages from his books, essays, letters, notes, and interviews that are every bit as incisive and pertinent now as they have ever been.

Weaving these texts together, Peck brilliantly imagines the book that Baldwin never wrote. In his final years, Baldwin had envisioned a book about his three assassinated friends, Medgar Evers, Malcolm X, and Martin Luther King. His deeply personal notes for the project have never been published before. Peck s film uses them to jump through time, juxtaposing Baldwin s private words with his public statements, in a blazing examination of the tragic history of race in America. - Publisher's Description 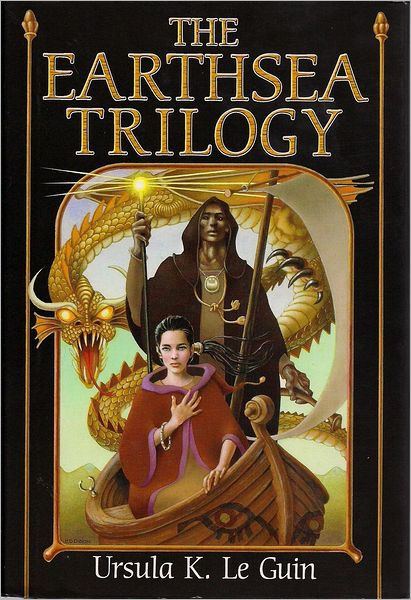 "A Wizard of Earthsea" - The windswept isles of Earthsea were famous for wizards, and the greatest of all was Ged, called Sparrowhawk in his reckless youth. Hungry for power and knowledge, Sparrowhawk tampered with long-held secrets and loosed a terrible shadow upon the world. This is the tale of his testing, how he mastered the mighty words of power, tamed an ancient dragon and crossed death's threshold to restore the balance. - Publisher's Description

"The Tombs of Atuan" - Chosen to serve the Ancient and Nameless Powers of the Earth, Tenar is taken away from her home and family to become Arha, the Priestess Ever Reborn, guardian of the ominous Tombs of Atuan. While learning her way through the gloomy Labyrinth that is her domain, she encounters Ged, a wizard come to steal the Tombs' greatest treasure. But Ged also brings with him the light of magic, a light as forbidden in the Tombs as wizards are in the Kargad Lands. - Publisher's Description

"The Farthest Shore" - Ill-tidings have arrived on the Isle of the Wise: The springs of wizardry are drying up. Driven to seek the source of the trouble, Archmage Ged embarks on a perilous journey with the boy-prince, Arren. Their travels take them to a land cursed with a strange soul sickness, to an encounter with Orm Embar, the greatest of the world's dragons, and into the realm of death itself. - Publisher's Description 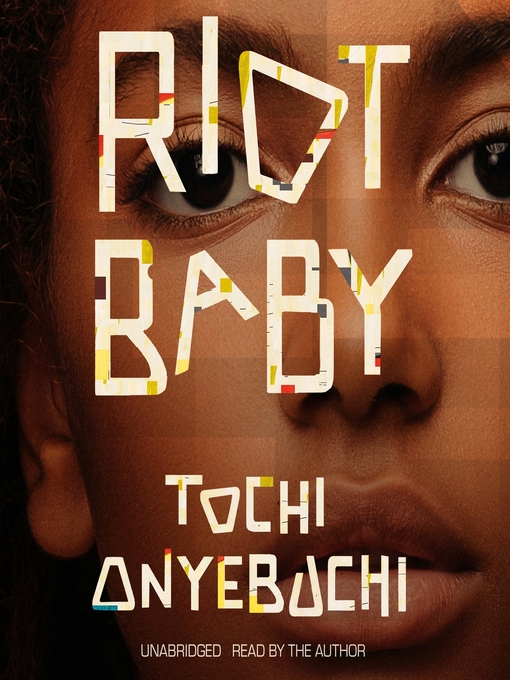 Ella has a Thing. She sees a classmate grow up to become a caring nurse. A neighbor's son murdered in a drive-by shooting. Things that haven't happened yet. Kev, born while Los Angeles burned around them, wants to protect his sister from a power that could destroy her. But when Kev is incarcerated, Ella must decide what it means to watch her brother suffer while holding the ability to wreck cities in her hands.

Rooted in the hope that can live in anger, Riot Baby is as much an intimate family story as a global dystopian narrative. It burns fearlessly toward revolution and has quietly devastating things to say about love, fury, and the black American experience.

Ella and Kev are both shockingly human and immeasurably powerful. Their childhoods are defined and destroyed by racism. Their futures might alter the world. - Publisher's Description

The Curious Incident of the Dog in the Nigh-Time
Haddon, Mark (2004) 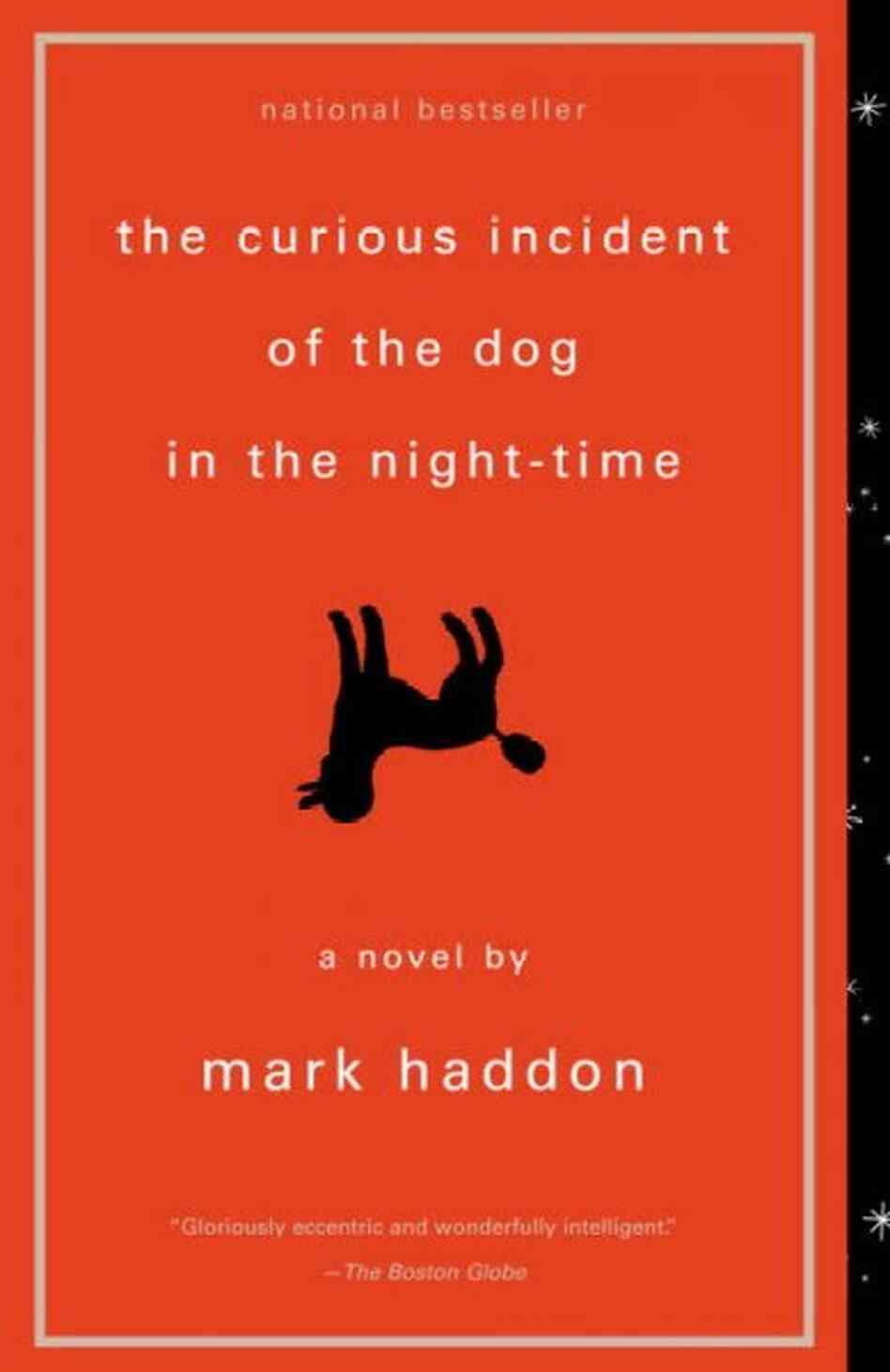 A bestselling modern classic--both poignant and funny--about a boy with autism who sets out to solve the murder of a neighbor's dog and discovers unexpected truths about himself and the world. Nominated as one of America's best-loved novels by PBS's The Great American Read Christopher John Francis Boone knows all the countries of the world and their capitals and every prime number up to 7,057.

He relates well to animals but has no understanding of human emotions. He cannot stand to be touched. And he detests the color yellow. This improbable story of Christopher's quest to investigate the suspicious death of a neighborhood dog makes for one of the most captivating, unusual, and widely heralded novels in recent years. - Publisher's Description 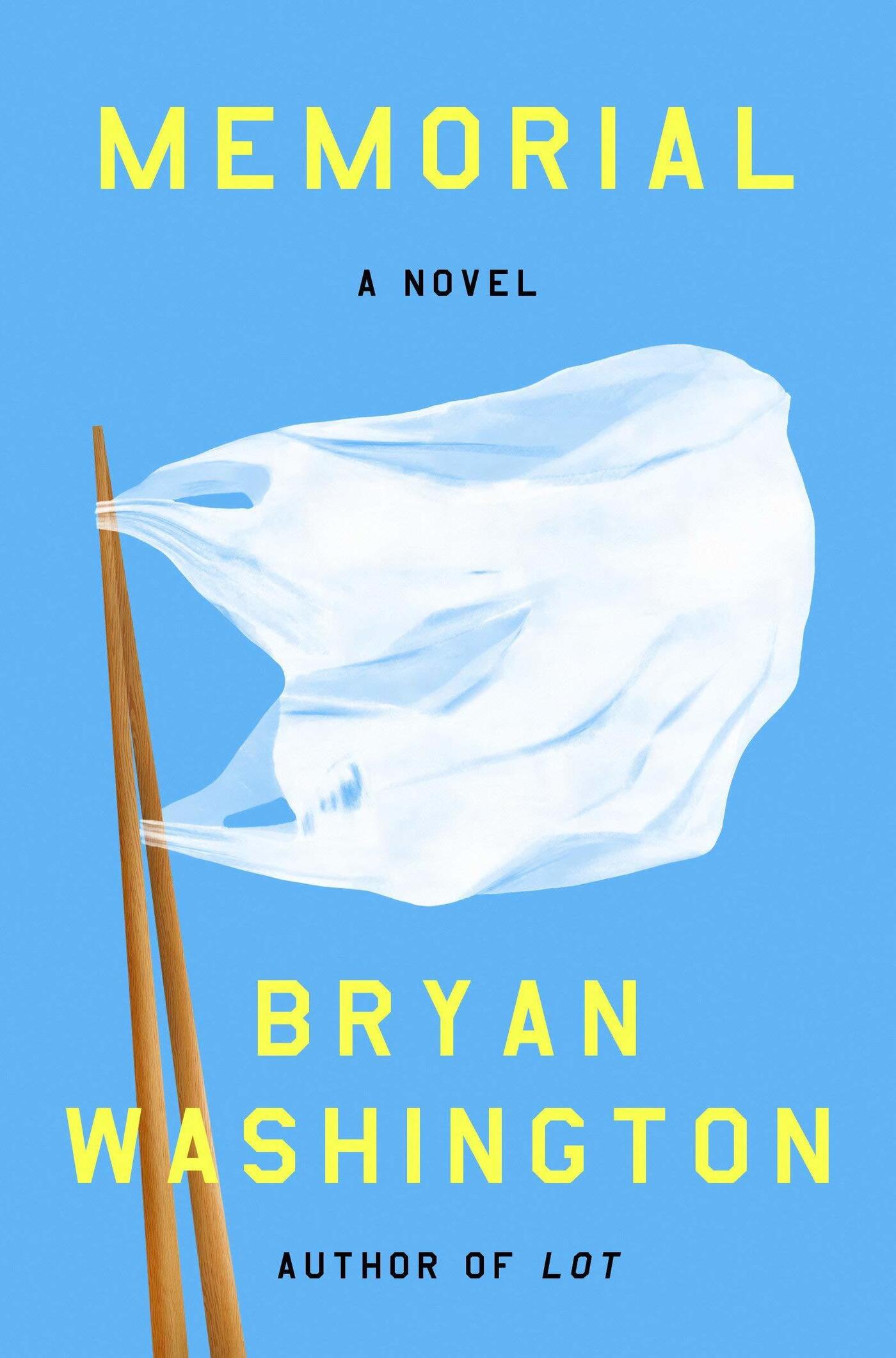 Benson and Mike are two young guys who live together in Houston. Mike is a Japanese American chef at a Mexican restaurant and Benson's a Black day care teacher, and they've been together for a few years—good years—but now they're not sure why they're still a couple. There's the sex, sure, and the meals Mike cooks for Benson, and, well, they love each other.

But when Mike finds out his estranged father is dying in Osaka just as his acerbic Japanese mother, Mitsuko, arrives in Texas for a visit, Mike picks up and flies across the world to say goodbye. In Japan he undergoes an extraordinary transformation, discovering the truth about his family and his past. Back home, Mitsuko and Benson are stuck living together as unconventional roommates, an absurd domestic situation that ends up meaning more to each of them than they ever could have predicted. Without Mike's immediate pull, Benson begins to push outwards, realizing he might just know what he wants out of life and have the goods to get it.

Both men will change in ways that will either make them stronger together, or fracture everything they've ever known. And just maybe they'll all be okay in the end. - Publisher's Description 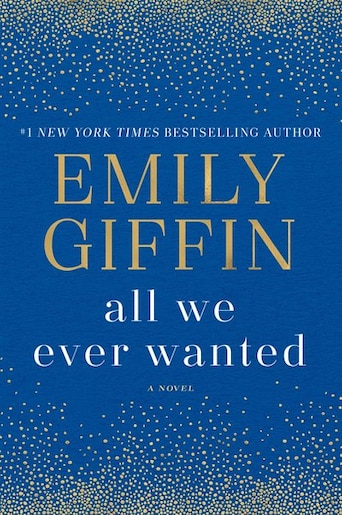 Nina Browning is living the good life after marrying into Nashville’s elite. More recently, her husband made a fortune selling his tech business, and their adored son has been accepted to Princeton. Yet sometimes the middle-class small-town girl in Nina wonders if she’s strayed from the person she once was.

Tom Volpe is a single dad working multiple jobs while struggling to raise his headstrong daughter, Lyla. His road has been lonely, long, and hard, but he finally starts to relax after Lyla earns a scholarship to Windsor Academy, Nashville’s most prestigious private school. Amid so much wealth and privilege, Lyla doesn’t always fit in—and her overprotective father doesn’t help—but in most ways, she’s a typical teenaged girl, happy and thriving.

Then, one photograph, snapped in a drunken moment at a party, changes everything. As the image spreads like wildfire, the Windsor community is instantly polarized, buzzing with controversy and assigning blame. At the heart of the lies and scandal, Tom, Nina, and Lyla are forced together—all questioning their closest relationships, asking themselves who they really are, and searching for the courage to live a life of true meaning. - Publisher's Description 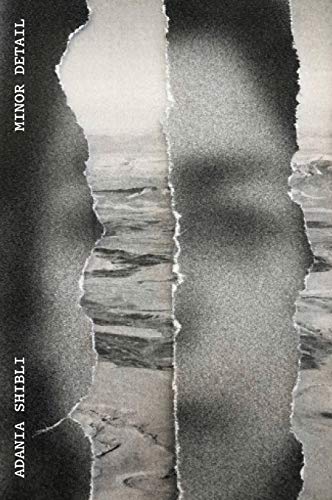 "Minor Detail" begins during the summer of 1949, one year after the war that the Palestinians mourn as the Nakba―the catastrophe that led to the displacement and exile of some 700,000 people―and the Israelis celebrate as the War of Independence. Israeli soldiers murder an encampment of Bedouin in the Negev desert, and among their victims they capture a Palestinian teenager and they rape her, kill her, and bury her in the sand.

Many years later, in the near-present day, a young woman in Ramallah tries to uncover some of the details surrounding this particular rape and murder, and becomes fascinated to the point of obsession, not only because of the nature of the crime, but because it was committed exactly twenty-five years to the day before she was born. Adania Shibli masterfully overlays these two translucent narratives of exactly the same length to evoke a present forever haunted by the past. - Publisher's Description