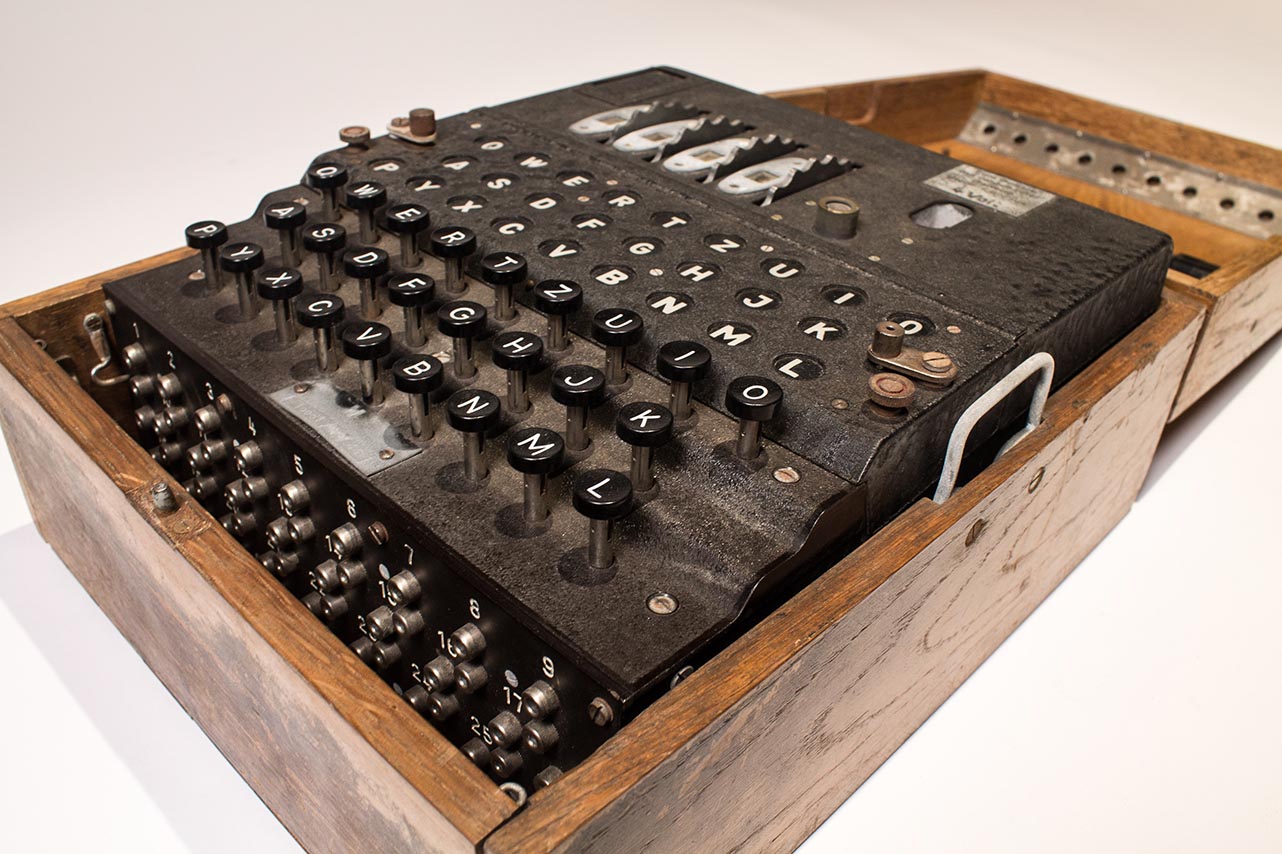 The Carnegie Mellon University Libraries joined a select list of American institutions in 2018, when two World War II era Enigma machines were added to a growing collection of rare historically-significant artifacts from the world of computing. The encryption devices were part of a generous gift of over 50 calculating machines, historical letters and rare books by author Pamela McCorduck, wife of the late Computer Science Department Head Joseph Traub.

How do Enigma Machines work?
The communication security (COMSEC) of an Enigma depends on a complicated system of machine settings that could change throughout the day, sometimes even from inside the message itself. Plain text is manually entered using a keyboard. The machine then illuminates ciphertext through a lampboard by means of an electromechanical rotor, which scrambles the 26 letters of the English alphabet. In order to successfully decrypt the message, the receiving station must set their Enigma machine to the exact same specifications and manually enter the ciphertext to reveal the hidden message. 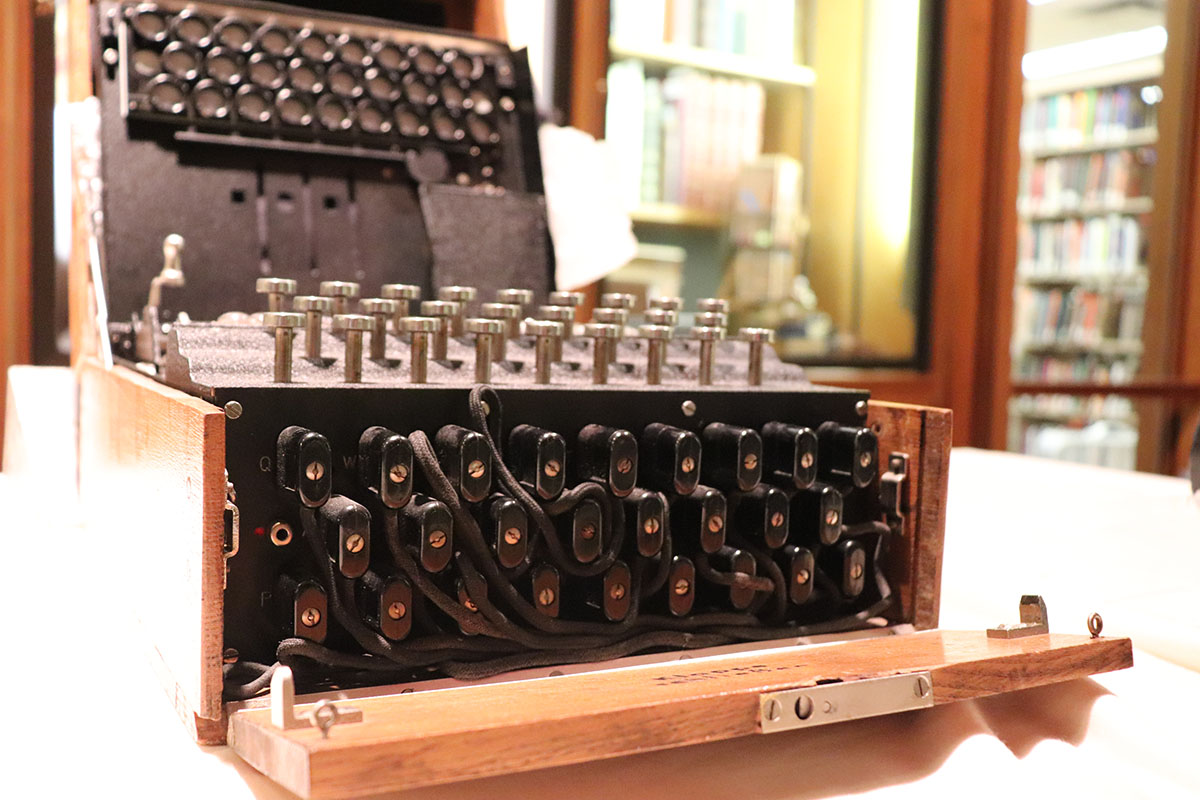 Breaking the Enigma Machine
Early models of the Enigma machine were mostly used commercially throughout the 1920s, later deployed by governments for top secret military communications, most notably Nazi Germany before and during World War II. Thanks to the tireless efforts of Allied cryptanalysts, including Alan Turing and CMU alumna Julia Parsons, the Nazi's Enigma-encrypted communications were eventually intercepted and deciphered, providing a crucial advantage during the war.

Solving the Enigma
Campus historians and researchers associated with History of Science and Technology at CMU (HOST @ CMU) were able to identify the rare encryption devices as an Enigma 3-Rotor A5005 and Enigma 4-Rotor M16681 during their initial investigation into the origins of the two Enigma machines. Serial numbers on the 3-rotor Enigma indicated to the team that this device was used by the German Army or Air Force, although researchers concluded it was doubtful to have been used in the field due to its pristine condition.

More about the Collection
The Traub-McCorduck Collection — which includes a Thomas Arithmometer, the first commercially produced mechanical calculator, and rare books by Charles Babbage, the 19th century mathematician considered by some to be a "father of the computer" — is managed by the University Libraries Special Collections and housed in the Fine and Rare Book Room on the fourth floor of Hunt Library.